ShuDudu's English Home
ShuDudu's Home was started in 2011, but the web data is lost, so now begin again, I would like to make some friends, I hope you like ShuDudu's home.
Current position: ShuDudu > Life >

has been a lot of people confused the issue. Many friends have bought the big screen view, about more than half of people believe that TV will be ever more small, they will recommend 65,60 inches off the ground. Internet also has an article that should be 3 to 4 times the diagonal, that is 3.5 meters wide living room with a 50-inch TV, looking back and forth will not cause eye fatigue (and the fact that caused the big screen will not look back and forth fatigue).

After some experience I personally feel that, regardless of the size of the living room (more than 3 meters wide living room), currently the best size should be 55 or 60 inches. Because if television programs are the main characters, a 16: 9 screen, shoot people in the upper body, 55, or 60-inch TV, more often, just the size of the characters the real person close to 1: 1 size , looks very real, as if the TV characters, like the side, you can still see the scene of many details, the big screen looks really relax your eyes . Then smaller, the size limit is 50 inches. (50 inches than 40 inches have a great visual upgrade.) 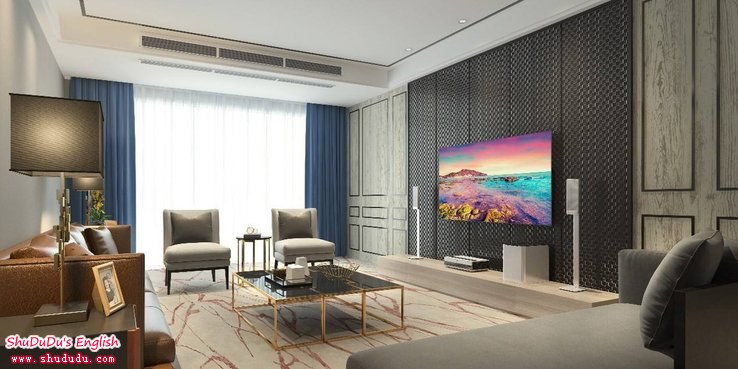 This built-in STB Andrews, there are four disadvantages:

1 there are many models with a boot 15 or more advertisements;

2 Andrews. there are some instability, and exactly the same as the phone, if there is a critical system file corruption (eg /system/build.prop), will cause not enter the system, the card screen. If you can not brush machine, then the TV to become a brick. This time only replace the motherboard, the motherboard to replace a few hundred dollars, or in the future due to the cut-off TV, it is difficult to find the same type of motherboard.

3. set-top box is very short aging Andrews , Andrews 4.X times, when the set-top box with only 1 to 2 years scrap (expired), because that there will be a lot of features not supported, or unavailable. Up to now, only 2 to 3 years period of use after even the most basic television can not see.

(the built-in Android set-top box to the TV, it is a small additional accessories, But the failure rate will increase a lot of television: black, card screen , regardless of any brand. just search a bit, screen card rate is still very high.)

So now the TV all built exclusively increases the Android set-top box (euphemistically "smart TV"), is unreasonable. Andrews buy an external set-top box, only a few dozen yuan to 100 yuan, to replace expired.

Well, now can buy pure TV without the Andrew system? Only a small number of small brands do have. In addition, many are produced in a cottage in Guangzhou TV, the price is cheaper. Guangdong could have been a very well-developed electronic places, but these are copycat television to discredit these places.

imagination should be genuine and television the same material.

A few years ago they used an old screen, blemishes screen, color is not correct. I do not know yet whether this screen?

Just read the comments on a Taobao, praise back now mostly because of "false comments." Only a few friends tell the truth, lack of hair the size of the screen, obviously is to buy 70 inches, 60 inches is sent; buy 46 inches, sent by 40 inches. Advantage TV

1 fast boot, the boot without advertising. Want Android set-top box, just add another; or assemble a NAS, or Win7 system with longer; or many parts of the original pure broadband free to send high-definition IPTV .

2. Not because of the built-in Android set-top boxes card screen, which led to television scrapped.

50-inch big screen TV, the screen failure rate may rise. I read in the , official flagship store (well-known old brand), some users see the TV, saw two weeks, two vertical lines appear; there are bits on the border of users TV, TV and 10cm wide screen with a protective film after the protective film is peeled off, the screen is broken into a black, the image is not displayed place. This is the brand name of television.

Of course, a good majority of television use, is to have the boot advertising.

Many people are concerned about vote-screen functionality